Society of St. John
the Precursor of the Lord 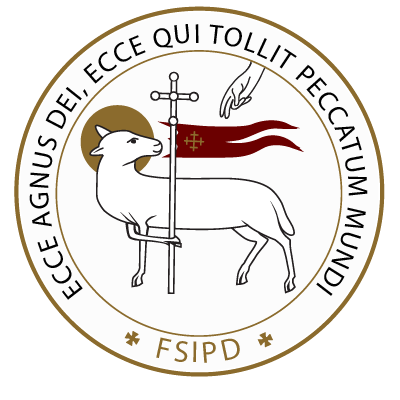 The Society of St. John the Precursor of the Lord (Fraternitas Sancti Ioannis Præcursoris Domini — FSIPD) is a pious foundation of true to traditional Catholic doctrine and liturgy clergy and faithful of the Eastern Catholic Churches.

For the Eastern rite Catholics, devoted to the Tradition of the Church, the Society is the "spiritual dwelling" in the City of God, "the place of salvation", the place where "every man hath received grace, ministering the same one to another: as good stewards of the manifold grace of God" (1 Peter 4:10) — ministry based on the integral Catholic faith and free from neo-modernist and liberal errors.

The Society of St. John the Forerunner of the Lord (FSIPD) has been established and blessed by the Auxiliary Bishop at the service of the Priestly Society of St. Pius X (FSSPX), Superior General, His Excellency Bishop Bernard Fellay at the request of clergy and faithful of the Decanat (Protopresbyteriat) of the Byzantine rite Catholics in Latvia facing the grave necessity ("necessitas") and asking for his "iurisdictio suppletiva".

This submission of FSIPD to the Superior General of FSSPX on no account means that its members would not recognize the legitimate authority of bishops, nominated by the Pope — the Vicar of Christ and the visible head of the Church, outside of which there is no salvation. However, the expression of disagreement with abuse of authority of the hierarchs in cases involving the good of the Church, the members of FSIPD consider their legitimate right and even duty (CCEO canon 15).

The Society of St. John the Forerunner is headed by one of the priests of FSIPD, who is Father and Pastor to the members of FSIPD and all the faithful accepting the pastoral care from its priests. The head of Society may be assisted by one or two assistants.

The main spiritual goal of the Society is preserving the triune law of the Church expressed in the maxim — "Lex credendi, Lex orandi, Lex vivendi" — for the sake of salvation of souls by the following means:

—"the tradition, teaching, and faith of the Catholic Church from the very beginning, which the Logos gave (edoken), the Apostles preached (ekeryxan), and the Fathers preserved (ephylaxan)" (St. Athanasius, First Letter to Serapion, 28);

— Sacraments, Liturgy of the Church and prayer, adhering to traditional forms and sacred languages of the Church, which are inseparable from the faith: "Lex credendi legem statuat supplicandi";

— Life, that is consistent with Christian morality and the Gospel in accordance with the Divine Revelation kept by the Church in the Holy Scripture, sacred Tradition and heritage of the Fathers of the Church; life of permanent prayer converting the whole life to the endless liturgy.